The Civil Air Patrol at Kalaupapa 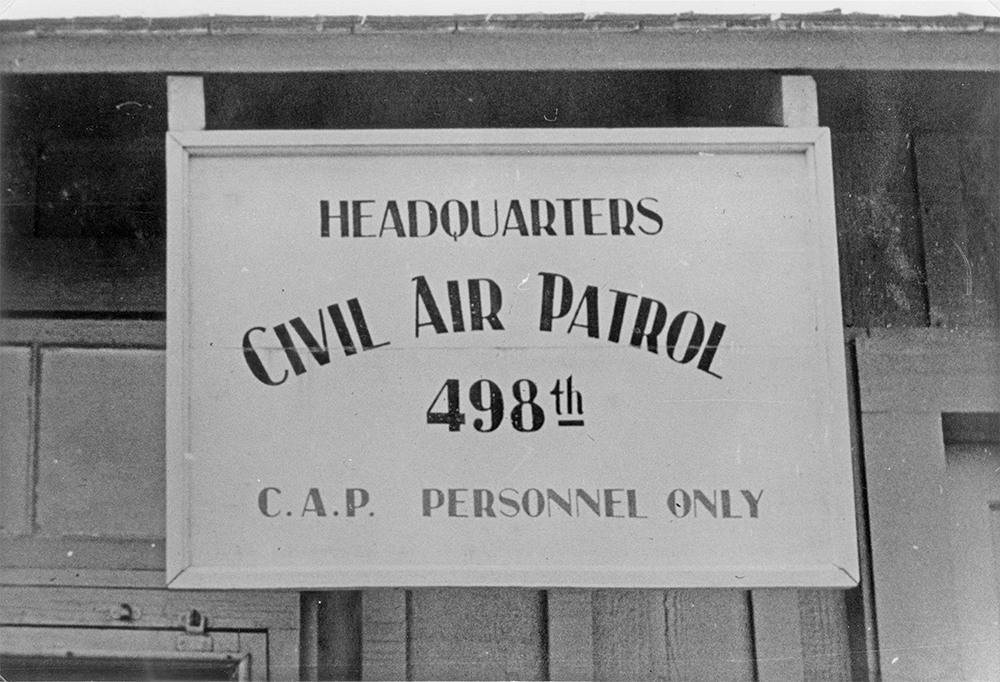 The bombing of Pearl Harbor on Dec. 7, 1941 and World War II brought changes to the remote Kalaupapa community. Martial law was enforced, and civilian boats were prevented from leaving the harbors. This meant that boats making regular deliveries of food and needed medical supplies to the settlement were grounded. For the first few months, the only way supplies were brought in was via the steep cliff trail, until an arrangement was worked out with the Coast Guard to use a 65-foot civilian fishing vessel.1 Architectural changes were seen in the several Quonset huts that were constructed around the settlement.

Cathrine Puahala was a young teen at Kalihi Hospital, and she describes what she saw on that fateful day: “That’s when we start hearing the planes fly over. So many of them … We didn’t know they’re gonna attack Pearl Harbor. So we just watch the whole incident. Got a bird’s eye view … Cause we heard the planes flying over towards us. Oh, plenty! And then we saw the smoke, black smoke, ‘cause they were bombing already.”2

Fearing for the children’s safety and the close proximity to Pearl Harbor, five months later, the Board of Health decided to relocate them to Kalaupapa. A group of about 38 patients, mostly children, were sent to the settlement by boat. Having children again in the small community brought a sense of revitalization. The school was reopened so they could continue their education. These children grew up to be stalwart citizens of Kalaupapa.

In addition to changing life at Kalaupapa, the bombing of Pearl Harbor brought other wartime activities to the settlement. The Civil Air Patrol (CAP) was established by formal order during World War II to utilize civilian pilots to help in common defense activities so they wouldn’t be grounded during the war. Originally organized under the Office of Civilian Defense in 1941, CAP was transferred to the Army Air Force in 1943.

The Kalaupapa 498th Flight Squadron of the Civil Air Patrol was established in 1949 and was active during the Cold War in the 1950s. Its main purpose was to provide military support activities post World War II. Their call sign was “Firebrand 5.” A small room at the back of the Kalaupapa Craft Store was turned into CAP headquarters. Meetings were held every Tuesday at 7 p.m., and membership was comprised mostly of patients, with just a few other members from the larger Kalaupapa community. Meeting minutes and attendance log books indicate the officers were Edward Bell, commander; Walter Siu, communications officer; Lee Newton, adjutant; Elmer Wilson, operations officer; Harlan Davis, training officer; and Isaac Keao, supply officer. Members gave daily reports on the weather and recorded radio and air traffic messages.

An interesting note in the meeting minutes is a mention of “Operation Santa Claus.” On a mid-December day, 12 CAP aircraft arrived at Kalaupapa with 22 personnel bringing Christmas joy to the patients. Father Logan, the Catholic priest, was having a Christmas party that day!

At its highest point there were 27 members in the squadron. By February 1958, membership was down to four, and the squadron was deactivated in 1959.