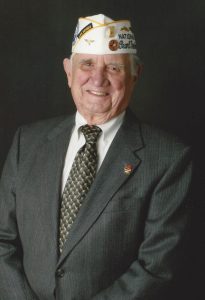 To our remaining PHSA members and our friends,

There are some of us still around that we want to talk to, and this gives us a fine way to do it.

Considering there were 84,168 uniformed personnel eligible for membership by their being on Oahu at the time of the attack on Dec. 7, 1941, we still have a fairly accurate count of 2,747 on the right side of the soil as of May 2016. Our count is based on the reports we receive from many of our PHSA social groups and from reports received from other tracking groups. My thanks to those groups who regularly meet and send me memos on their activities.

As the national president, it was necessary for me to contact our executive committee and close down the organization as of Dec. 31, 2011. We were a 501(c)3 corporation chartered by Congress, and we did not have members who were interested in assuming the responsibilities required by being a corporate entity.

When the PHSA was formed in 1958, we had 58,000 of our eligible folks join the PHSA. When you consider that there was still a substantial combat risk through 1945, and natural aging, that was a good response.

Keep up the social groups. Here in the Norfolk area of Virginia, we meet once a month for lunch and have close to 39 people show up, made up by one or two survivors, spouses, widows and friends.

We hope to continue.