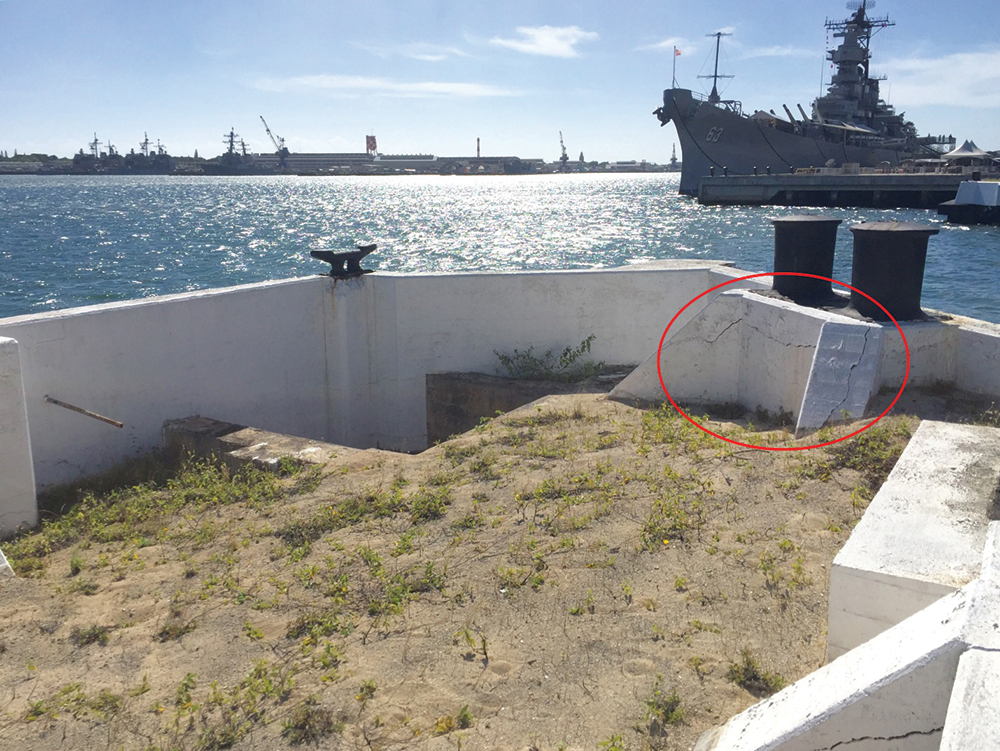 The mooring quays are the last structures remaining from the attack on Battleship Row during the Japanese bombing of Pearl Harbor on Dec. 7, 1941. The concrete mooring quays were used to secure the battleships along Battleship Row and relieve congestion by providing almost double the space compared to anchored moorings. They played a significant role in salvage operations as well, helping workers raise the USS California, USS West Virginia, and right and refloat the USS Oklahoma.

Since being included in the 2008 Presidential Proclamation designating World War II Valor in the Pacific National Monument, mooring quays F6, F7 and F8 have been systematically assessed for structural integrity. The NPS has found that the quays are falling apart due to environmental deterioration. Without restoration, the quays will disintegrate completely.

The project to restore the quays will not only preserve them but will also provide job training for active duty service members. Starting in September, CPI will train transitioning military members to complete the restoration, preparing them for concrete, construction, and many other careers in the skilled trades or at the management level. After the three-month training program, CPI plans to graduate the first class of students.

Restoring the mooring quays will take significant financial resources and time. A partnership is envisioned that brings together the NPS, Pacific Historic Parks and CPI with goals to fundraise, plan and execute the repair of mooring quays F6, F7 and F8.

Find out more about this project at www.nps.gov/valr.