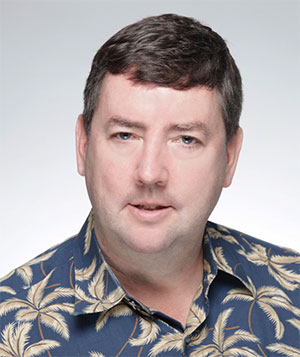 Earlier this year, Hawaii Gov. David Ige convened a committee of Hawaii-based community leaders and requested that planning commence for the 75th Commemoration of the anniversary of the bombing that occurred on Oahu on Dec. 7, 1941. Pacific Historic Parks (PHP) has responded to the call and has dedicated significant resources and time to assist in this significant endeavor that will be marked by a series of events spanning Dec. 1-11 in Hawaii. The official website contains a lot of information and can be found at pearlharbor75thanniversary.com.

The committee is chaired by retired Adm. Tom Fargo, and the group’s theme for the commemoration is “Honoring the Past, Inspiring the Future.” The theme was chosen in order to properly honor those who fought in World War II but also to educate and inspire current and future generations to learn about the war, and the important history that followed the bombs at Pearl Harbor.

PHP’s important mission is to help tell the individual and collective stories of those who served, but also the stories of those civilians who died or were injured that day nearly 75 years ago on Oahu. Additionally, PHP will be entering into a “Friends Agreement” with the National Park Service (NPS) to help tell the stories of Japanese-American internment at Honouliuli and work with the NPS to see how we can help preserve an important part of our history. We plan to honor all survivors that are able to make the trip to Oahu later this year but also continue to educate the younger generations. We will be looking at ways to broadcast some of the events via the Internet and through live streaming. Later this year, PHP will be unveiling changes at World War II Valor in the Pacific National Monument that will incorporate new technologies and information delivery methods to not just visitors at the park but also to potentially millions of people around the world through investments into new technology.

On behalf of the PHP staff and our board of directors, thank you for your support. We share your passion and are humbled by our mission.

Neil Sheehan
Chairman of the Board
Pacific Historic Parks